The Babingley River rises from springs above the villages of Flitcham and Hillington in the East Anglian county of Norfolk. It flows for 20kms through woodland, fen and farmland until it enters the Great Ouse just north of King’s Lynn. It is part of the North-West Norfolk Coastal river catchment area.

At first glance, this river may not look anything remarkable but there is something about the water that makes it very special: the Babingley River is a chalk stream. It is one of only around 200 true chalk streams left in the world. England is fortunate to contain 90 per cent of the world’s chalk streams due to a wide swathe of chalk bedrock which underlies much of Eastern and Southern England and the Isle of Wight.

The water in a chalk stream can be some of the clearest found anywhere: as rainwater soaks through the permeable chalk layer it is cooled and filtered and emerges from springs and fissures at a constant temperature and rich in minerals. Chalk rivers, therefore, provide a clean, alkaline habitat in which aquatic and riparian biotas flourish. The River Babingley is a fine example and, particularly in its upper reaches, contains some of the cleanest and clearest water in Norfolk. The river is home to eels, brook lamprey, sticklebacks, bullhead, stone loach and large numbers of sea trout. These communities are sustained by the abundance and diversity of insect life. In the past, salmon would also have been found in the upper reaches.

The Babingley River has historically been subject to many man-made modifications to power mills along its length. The river has been controlled and straightened, its weirs have slowed the flow of the water, they have ponded the river and a build-up of silt has affected some species of fish. The weirs have also made fish passage tough going as the water surges through narrow openings making life difficult for the less able swimmers such as bullhead and stone loach. This uniform habitat can be exploited very well by a small number of species but excludes others associated with chalk rivers.

In 2014, a report by the World Wildlife Fund – The ‘State of England’s Chalk Streams’ – found that 77% of England’s chalk watercourses were failing to meet the Good status required by the EU’s Water Framework Directive. In 2009, the overall WFD status was Moderate for the whole of Babingley River, Poor for fishes and High for invertebrates but in general the hydrology was regarded as supporting good ecological potential.

To allow the river to reach Good Ecological Potential under the WFD, Norfolk Rivers Trust, Natural England and the World Wildlife Fund, with funding from the Environment Agency, began a programme of river restoration measures to improve nine of the chalk stream habitats in Norfolk, one of which was the River Babingley. The aim was to increase the ecological diversity of the river by improving its morphology and aiding fish migration. The target fish species were sea trout, European eel, dace, bullhead and brook lamprey all of which had historical records for their presence in the river.

In particular, five small weirs that were hampering the migrations and movements of fishes between Flitcham and West Newton were earmarked for removal. The weirs were built around 1920 to impound water for fly fishing and consisted of corrugated iron sheets embedded in the river’s substrate. Each weir was 5 meters long, 0.1 meter wide and 1 meter high and every weir affected 100 meters of river upstream. This series of barriers have excluded eels and sea trout from the upper reaches and damaged habitat up and downstream including impeding the transport of coarse sediment. 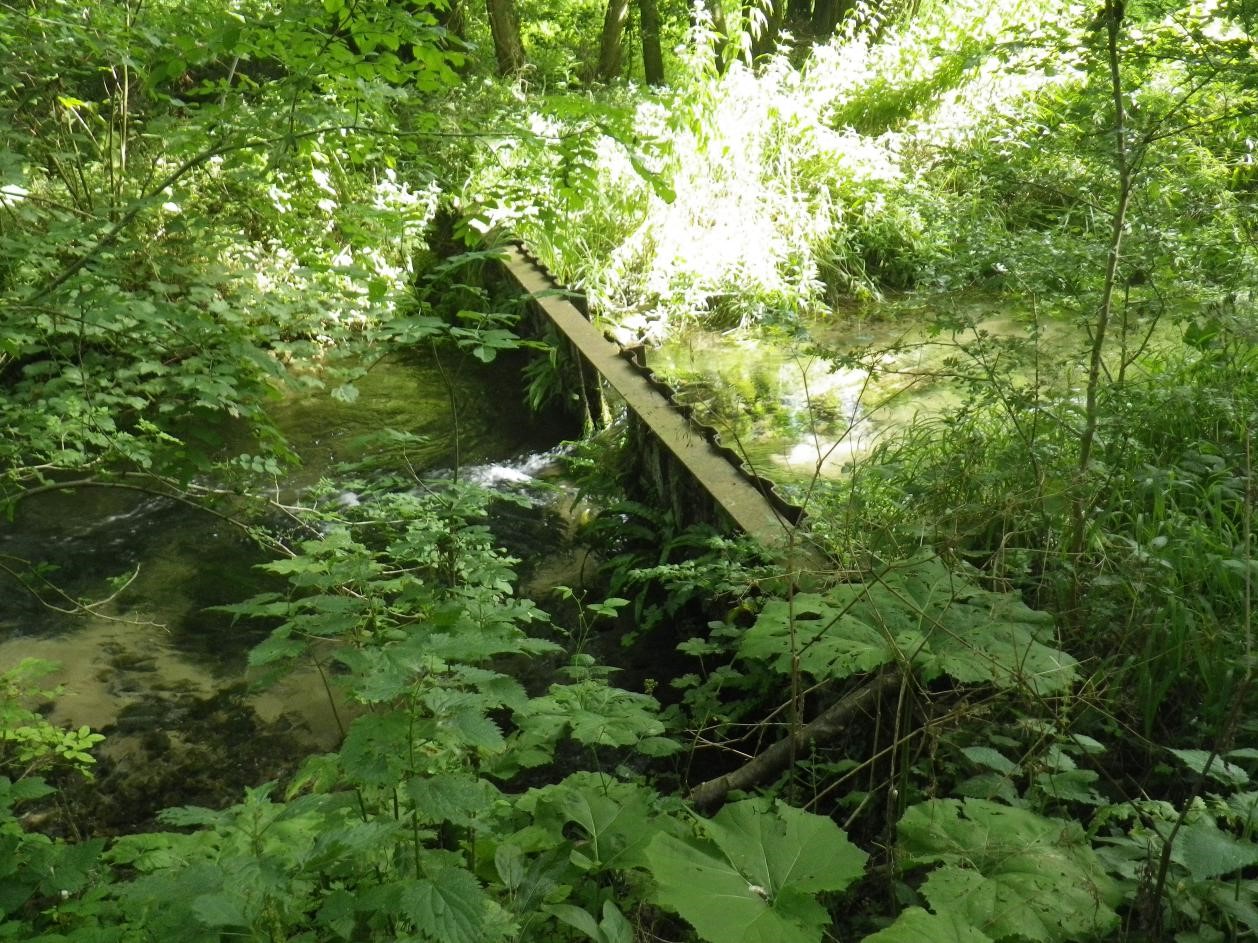 One of the metal weirs on the River Babingley

The decision to remove the weirs involved the Norfolk Rivers Trust and needed consent from the Environment Agency and local land-owners. The planning process took up to nine months.

The total budget for removal was £15,000 and was funded from the Environment Agency Catchment Restoration Fund.

Before the weirs were removed, electro-fishing was carried out to record the fish species present above and below the barriers.

A local contractor was employed to dig the metal sheets out of the river bed and this work took only three days. Jonah Tosney, Operations Director of Norfolk Rivers Trust, made this comment about the removal of the weirs: ‘Sometimes it is very simple. In this case we just smashed and pulled the weirs out with a digger.’ 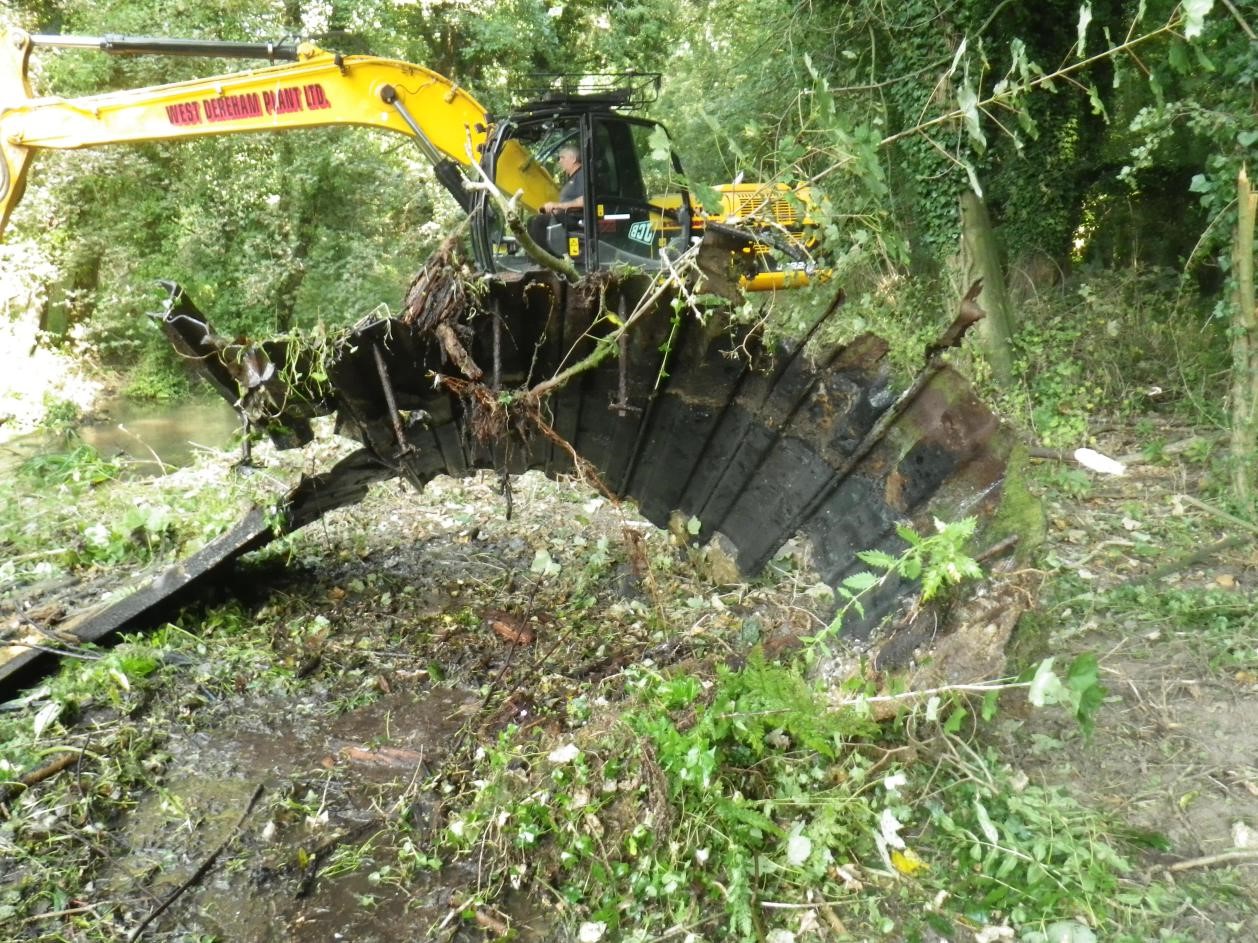 A metal weir after removal by a digger

The immediate effects after removal were that upstream water levels dropped and some sediment was transported downstream but the impacts were reduced by newly-placed large woody debris in the river bed.

In addition to the removal of the weirs, major habitat restoration was carried out on stretches of the river by Salix River and Wetlands Services, a company specialising in ecological enhancement schemes. Local timber and gravel were used to re-shape the channel to make it narrower and deeper, creating riffles and eddies and a more diverse range of passages and variations in water movement. These provide places for fishes to hide from predators and seek shade from the sun. They also offer another habitat layer for invertebrates, which in turn provide food for fishes.

Salix also removed an old brick structure on a side-arm of the river which formerly had been a sluice with gates. A wing wall (one of the side walls) was removed and a sill one foot high was lowered which improved river continuity and allowed fishes to pass through more easily. A new footbridge, supported on one end by the remains of the wing wall, was built over the water to allow access for the land-owner. The total cost for this work, including the footbridge, was £6,000. 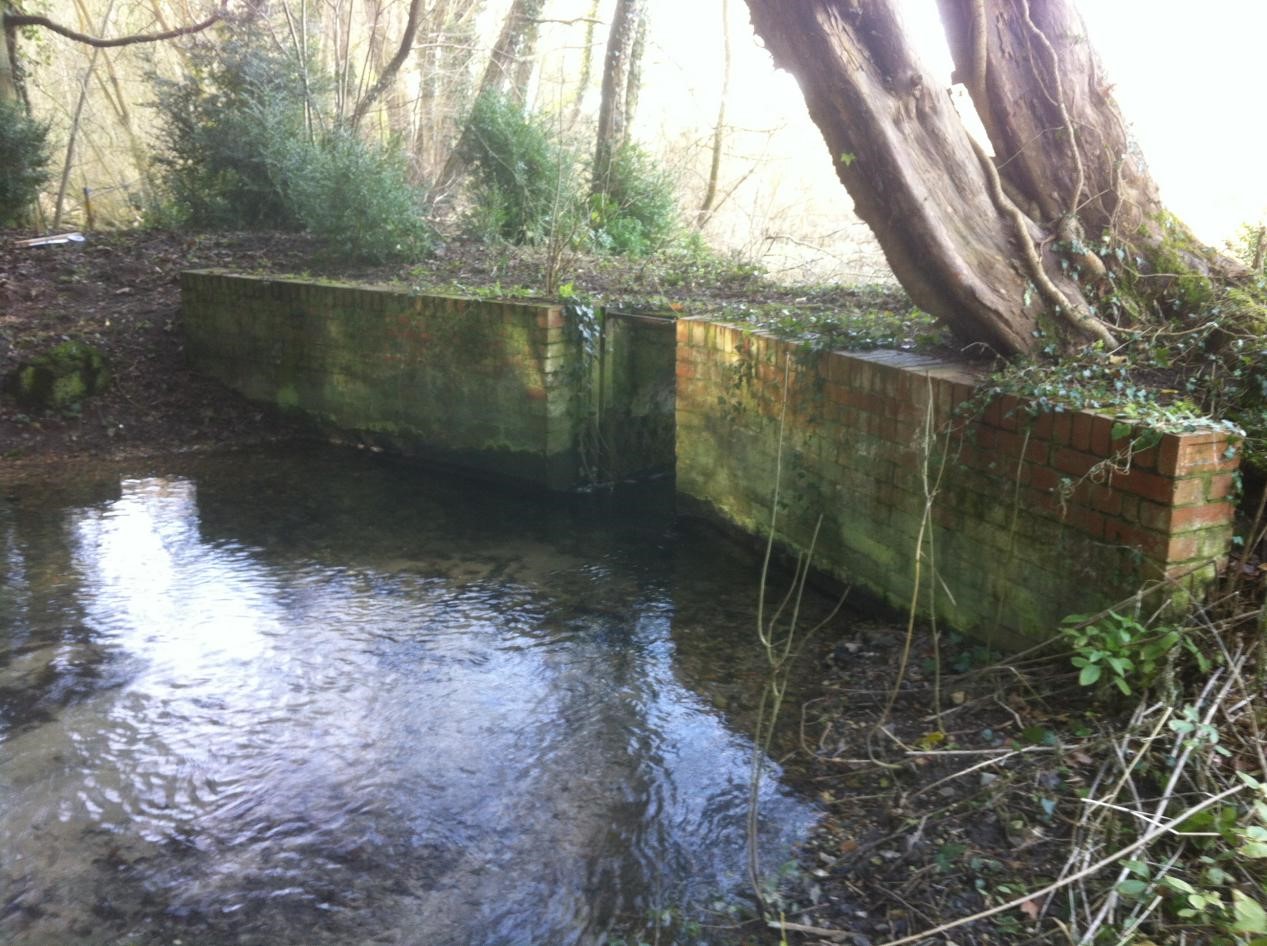 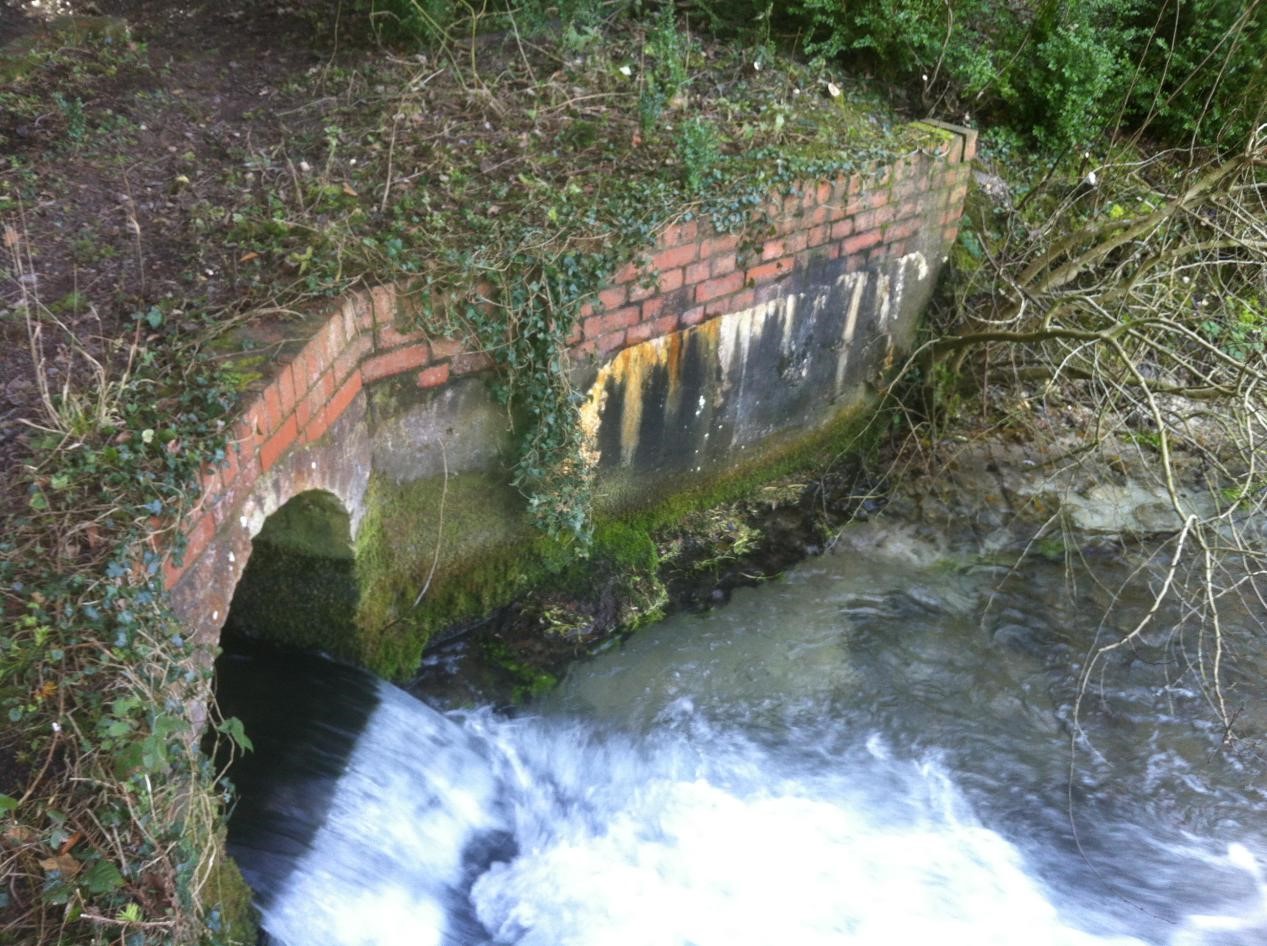 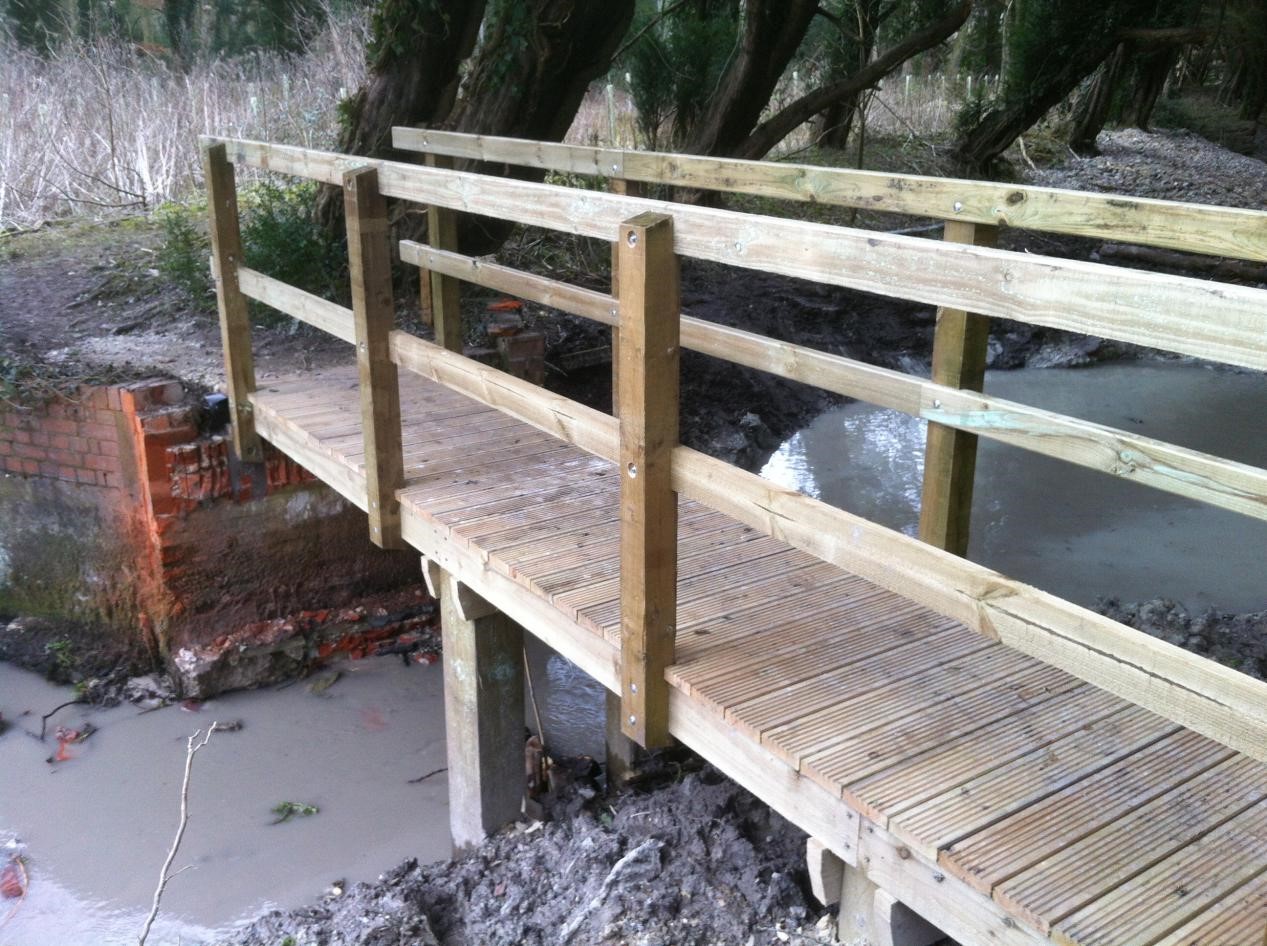 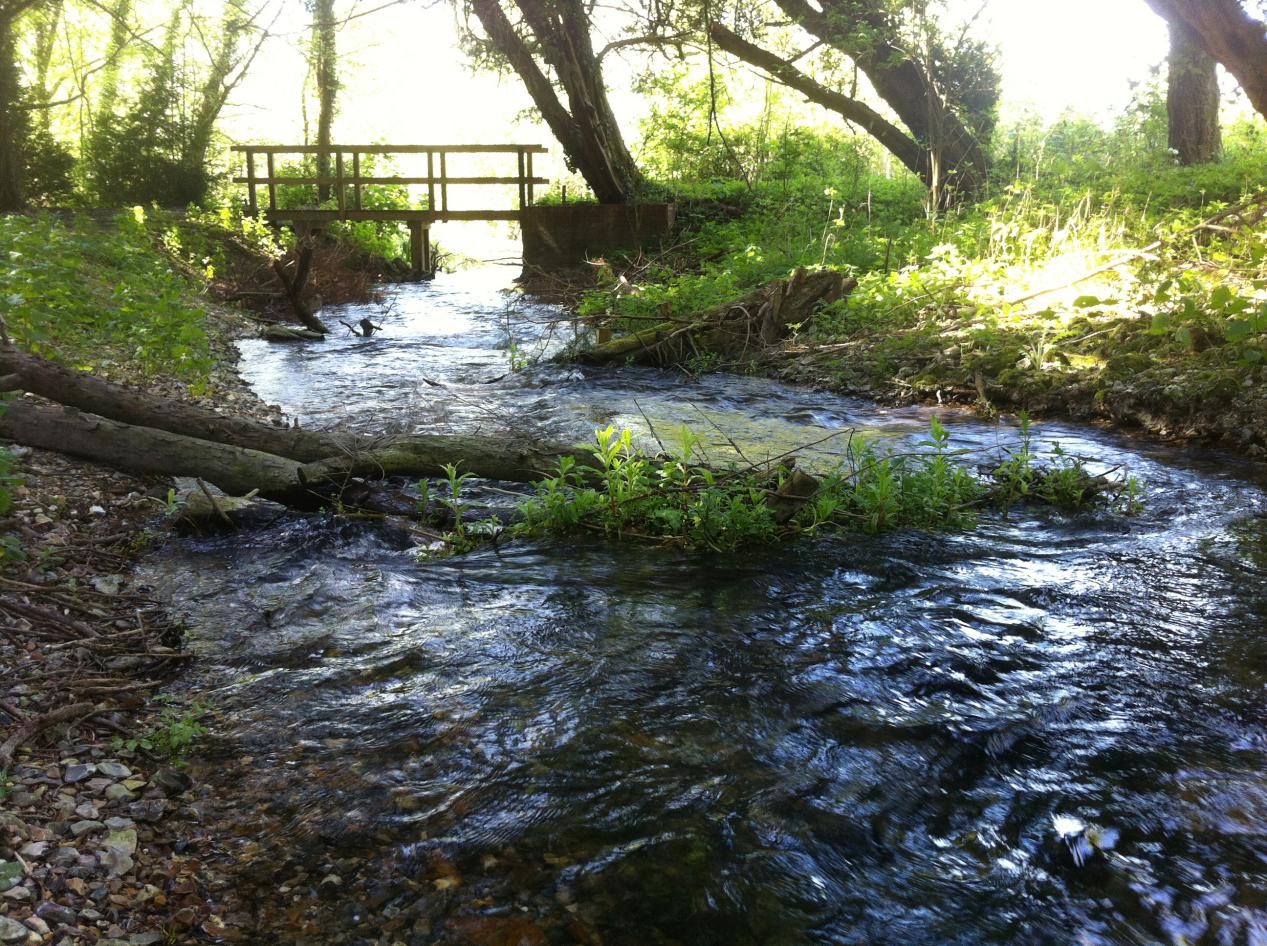 “In the past the River Babingley powered many mills, which led to man-made modifications to control its flow.

“Working with the Norfolk Rivers Trust and CBEC Eco-Engineering Ltd, who surveyed and modelled the upper reaches of the river to produce river restoration designs, our project included a series of ecological enhancements. These improved the river’s flow and biodiversity through this reach, making it more natural again.”

River restoration work began on the River Babingley in February 2015 and was completed in March 2016.

Altogether, removing the weirs and the old sluice, habitat restoration and installing a fish pass has opened up about 6kms of good habitat. The river has been monitored for all freshwater fish species since removal and dace are now found throughout the whole length of the water course. Sea trout have also migrated up the river for the first time in a hundred years.

With many thanks to Jonah Tosney (Norfolk Rivers Trust) and Chris Mackintosh-Smith (Salix River & Wetland Services Ltd) for information and images.