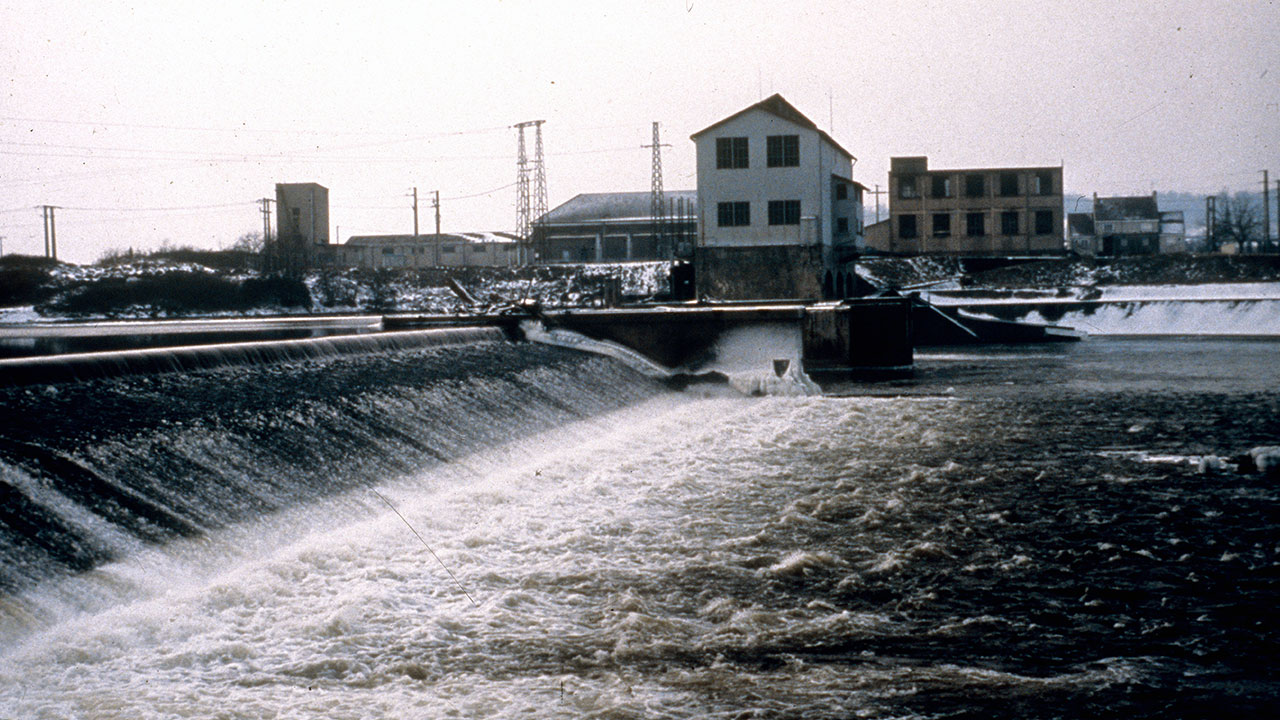 The Loire is one of the largest rivers in France. The Vienne and Creuse rivers are important tributaries of the Loire, their confluence occurs just west of Tours, in the region of Brittany.

The Maisons-Rouges Dam was erected in 1922, about 800m downstream from the confluence of the Vienne and Creuse rivers (Figure 12). The dam maintained a head-level difference of about 4m. Built initially to supply a paper factory, it was integrated into the assets of EDF (Electricité de France [EDF Energy]) in 1950 as a hydropower plant. As the dam was the obstacle closest to the sea and at the confluence of major rivers, it had a substantial impact on numerous species of migratory fish, particularly salmon, which were already suffering from limited access to part of their spawning grounds. The shad populations persisted in remaining spawning sites downstream of the dam (source: www.ern.org).

Figure 22. The location of the Maison-Rouges dam

To restore fish migration, fish passes were constructed and a salmon reintroduction program was undertaken in the Gartempe River (one of the Vienne River’s tributaries), but these initiatives had no significant positive impact. To further improve the Loire river environment as required in the “Loire Grandeur Nature” plan (Natural Loire River Plan, 1994), the national government decided not to renew the hydropower licence when it expired in 1994. The dismantling of the dam was then announced.

The project did not have universal approval, particularly from locally elected representatives and residents who feared that the dismantling would lead to a loss of business tax revenues and jobs, and disappearance of the lake and loss of associated tourism benefits and scenic value. After four years of negotiations and inquiries, the removal of the Maisons-Rouges Dam was scheduled (Figure 13) (source: www.onema.fr). 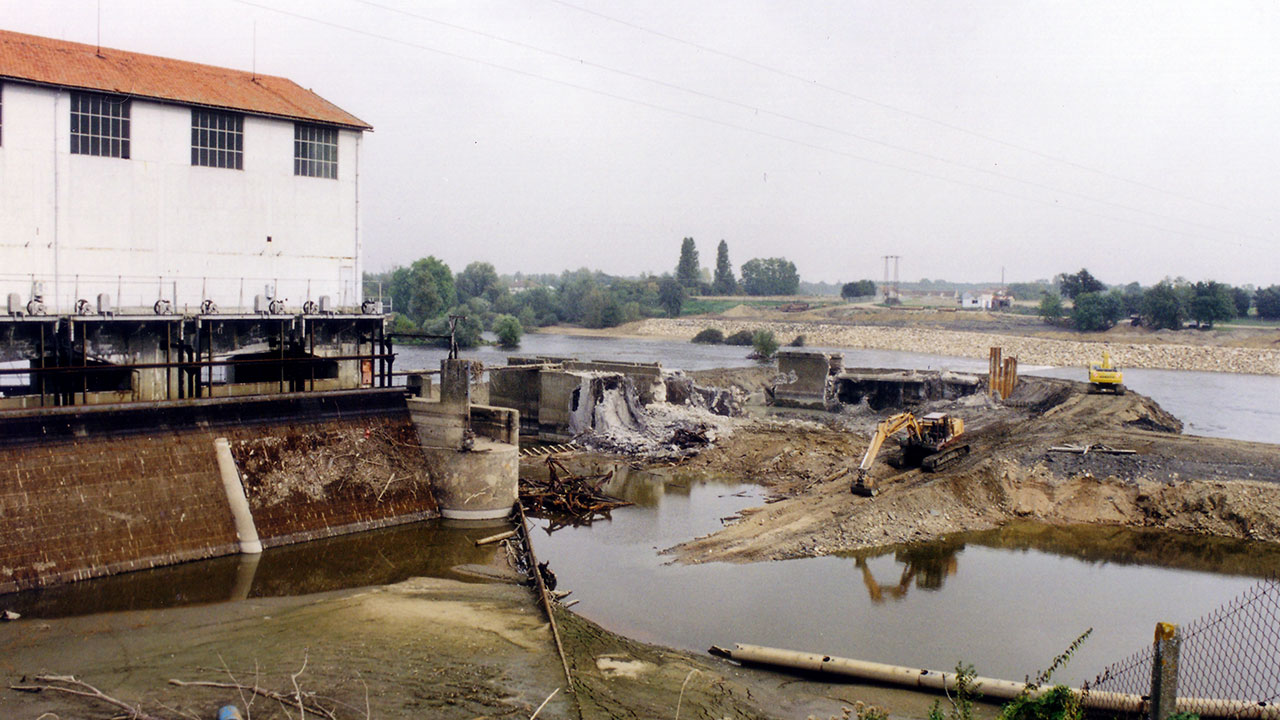 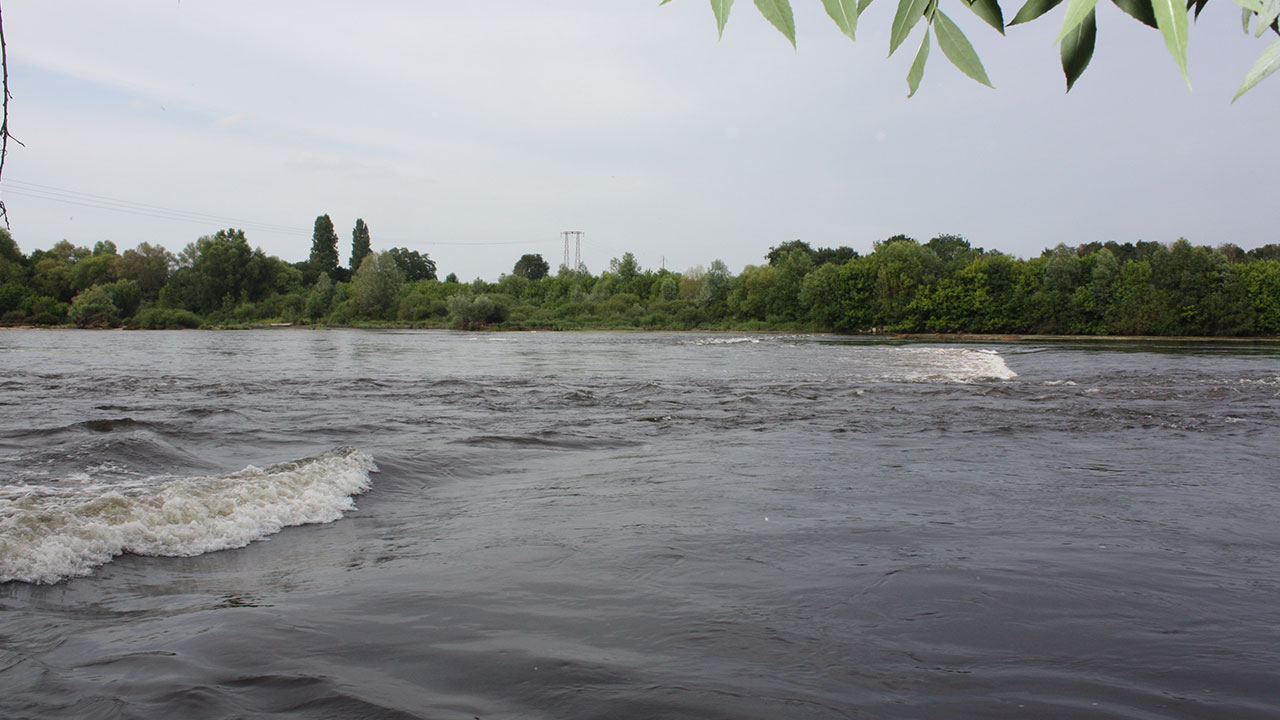 Figure 13. The Maisons-Rouges dam, before, during, and 10 years after removal (source: Roberto Epple, ERN).

The removal of the Maisons-Rouges Dam was the first major operation of its kind in France. The technical arguments concerning the impact of the structure on large migratory fish and river continuity were the key reasons for proceeding with the project. The results for all of the assessed components were positive and verified the operation’s success (source: www.onema.fr).

After the removal of the dam, there were spectacular observations of shad and sea lamprey recolonising the Vienne and Creuse rivers. Allis shad began to recolonise the 35 km of watercourses that had been made accessible (11 km along the Creuse and 24 km along the Vienne) and began rediscovering sites that were favoured for spawning. Today, the Vienne basin is home to 80% of the Loire basin’s sea lamprey population (source: www.onema.fr).

The Agence de l’eau Loire-Bretagne (Loire-Brittany Water Agency) is responsible for water management and implementation of the Water Framework Directive (WFD) in the Vienne river. Each water quality component is evaluated annually and in the period 2009 – 2015, the ecological, biological and physico-chemical status was still improving (figure 14). Removal of the dam took place in 1998 – 1999, before implementation of the WFD. It was carried out to restore river connectivity for the return of large migratory fish. This was monitored in the period 2000 – 2015 in a local WFD programme. It is clear that the removal was crucial in the restoration of the river’s basic conditions, upon which the quality could further improve. 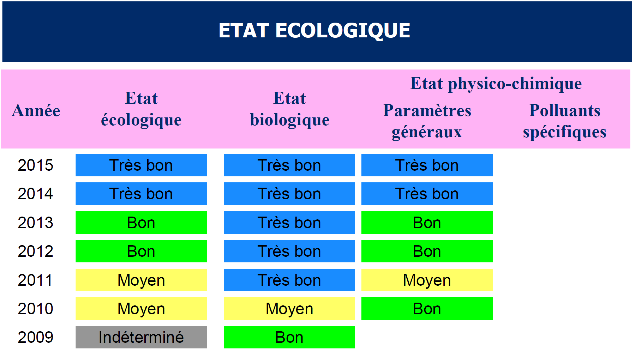