Removal of 20 barriers and diversification of the main channel of the River Couasnon, France 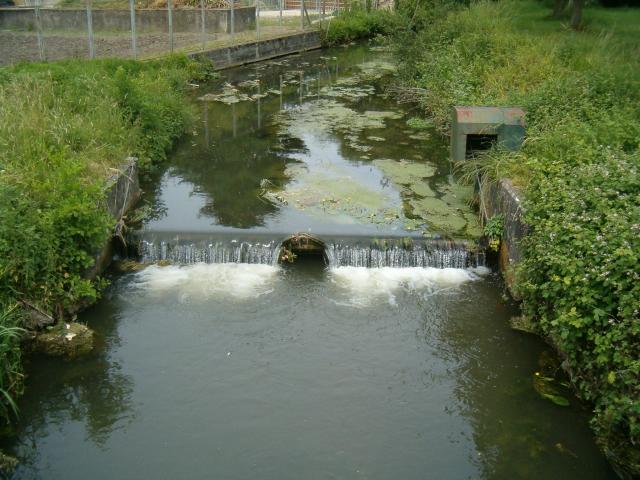 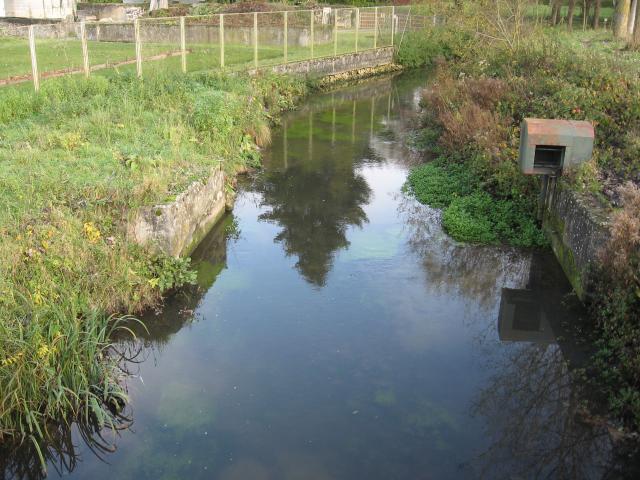 The River Couasnon flows into the River Authion in two arms after a journey of 39.6 kilometres. The 14 km upstream of the Baugé urban area are classified as a fishery in the first category and the rest of the river is classified as second category. The river was resized and straightened during the 1970s and 1980s. Numerous hydraulic structures line the river and affect its hydraulic operations. 27 flaps and 5 flow splits were installed for agricultural requirements in addition to the 11 mills that already existed. Approximately two-thirds of Couasnon’s flows are diverted into the mill structures and reaches.

The cleaning and straightening operations, in addition to the installation of hydraulic structures, caused the water quality to drop and damaged habitats. The structures prevented the free movement of fish, caused the siltation of the river, led to the proliferation of aquatic vegetation and increased the water temperature. They also led to the disappearance of the brown trout in the upstream section of the river.

Therefore, the pumping of water from the Couasnon for irrigation is now prohibited, thus rendering many of the structures useless. The restoration carried out by the Syndicat intercommunal pour l’aménagement du Couasnon (SIAC Intermunicipal Association for the Development of the Couasnon) forms part of a Contrat restauration entretien (CRE- Restoration and Maintenance Contract), signed in 2004, whose purpose is to establish free-flowing water (“Regain a natural low flow”) and diversify habitats (“Ensure the free movement of fish”). The Couasnon forms part of the area of the SAGE (Water Management and Development Scheme) for the River Authion which is currently being established. 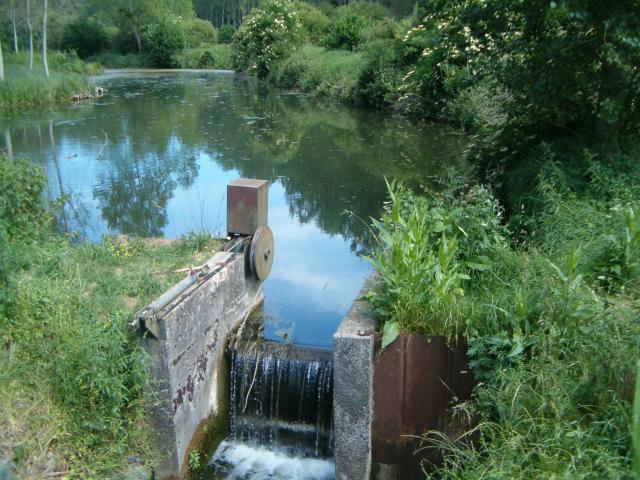 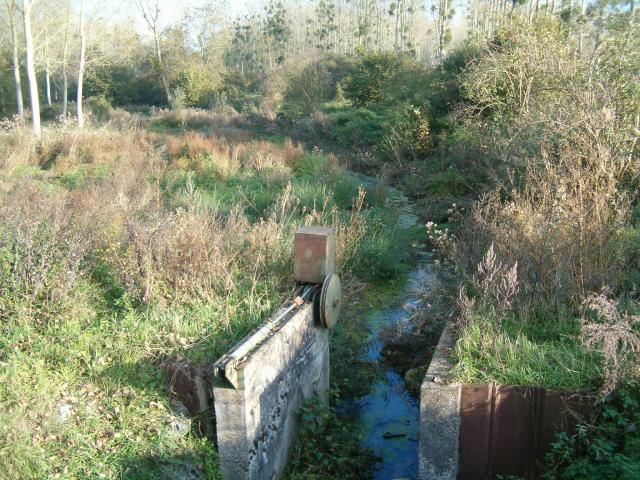 Between 2004 and 2008, the flaps of the 22 structures were lowered. All of the structures retained their concrete and metal structures, but the flaps on some of them can no longer be moved, as the cables have been dismantled.

In the section classified as a fishery in the first category, 550 tonnes of blocks were used to diversify the bed and create over 110 deflectors. 1,500 tonnes of gravel were deposited in the river bed to reconstitute riffles. Following these interventions, restocking was carried out to initiate the recolonisation of the river by brown trout in the upstream part (introduction of 1,700,000 brown trout [Salmo trutta] fry).

The total costs of the works was 207,120 Euros financed by Agence de l’eau (Water Agency).

An initial assessment was carried out by a consultancy in order to define the CRE objectives. It concerned the biology, hydraulics and morphodynamics of the river. In 2008, an electric fishing operation was carried out by the fishing federation at two stations situated in the part classified as a first-category fishery. There are plans to continue the monitoring.

River continuity has been re-established over two 7-kilometre sections. A structure remains in the middle, which will be dealt with in the future. Fishing operations carried out in 2008, upstream of Baugé, revealed that the fish population was close to the theoretical reference population. Roach and carp have disappeared, being replaced by trout and bullhead. Fast-flowing water cyprinids and brook lamprey have not yet returned.

The amount of sediment in the river has reduced and eutrophication has disappeared. The chosen restoration technique is a compromise between establishing a good ecological status and maintaining agricultural activities. The agricultural context did not allow work to be carried out on the river’s floodplain, which explains the use of deflectors.

Unfortunately this technique, which was intended to revitalise the environment, has been quite disappointing on the Couasnon. Indeed, this
is a low-energy river with a slow flow, transporting small amounts of sediments. As yet, there has been virtually no accumulation of materials
downstream of the deflectors and more time is required for gravel shoals to develop. The recreation of a sinuous bed in the main channel has not been observed. The results concerning the diversification of habitats are thus rather mixed in the short-term. For the next restoration works, the creation of berms will be prioritised to reduce the width of the bed and create meanders.

The cost efficiency of the operation is quite variable according to the
actions carried out. Indeed, the benefits of the restoration originate mainly from the opening of the flaps which cost nothing or very little, in
relation to the cost of the deflectors, which had little immediate impact.

From a social point of view, the diversification measures and the handling of riverside vegetation have been positively received, whereas the opening
of the flaps is still frowned upon by fishermen, who have witnessed a drop in the water level and the disappearance of still water species. The association has drafted an article in response to the preconceived ideas about the subject; read: http://www.sageauthion.fr/IMG/pdf/Courrier_Ouest_21_08_2009.pdf

In the second-category part of the river, pike spawning beds have been developed. The fishing federation also wishes to reintroduce sensitive species which are currently absent. In the next CRE, the removal of other more problematical weirs must be undertaken and two pilot sites will be remeandered.

Thank you for sharing your work!!