The weir at The Linney on the River Corve in Ludlow, Shropshire, UK has been in place for a couple of centuries. It’s existence was to allow for the movement clean water from the Corve by pipe around the “dirtier” water of the River Teme downstream to one of the mills in town. That particular pipe crossed over the crest of the weir at Mill Street, a structure on which a larinier fish pass was constructed by the Trust at the end of 2018, and it caused a real headache for that construction!

Originally the Trust looked at removal of the weir at The Linney but it was clear from the statutory bodies that this would not be possible due to concerns around flooding impacts. A road bridge and house just 200m upstream had collapsed in major flooding in 2008 and there was a lot of nervousness about any work on the river. Therefore, a larinier was proposed. However, once on site it was clear that the weir was in a bad state of repair and a larininer could not be constructed.

Fast forward 12 months and all consents were in place for a removal, including general local support and funding through the European Structural Investment Fund and the Environment Agency. The weir was removed in less than two days allowing the river to flow freely once more. 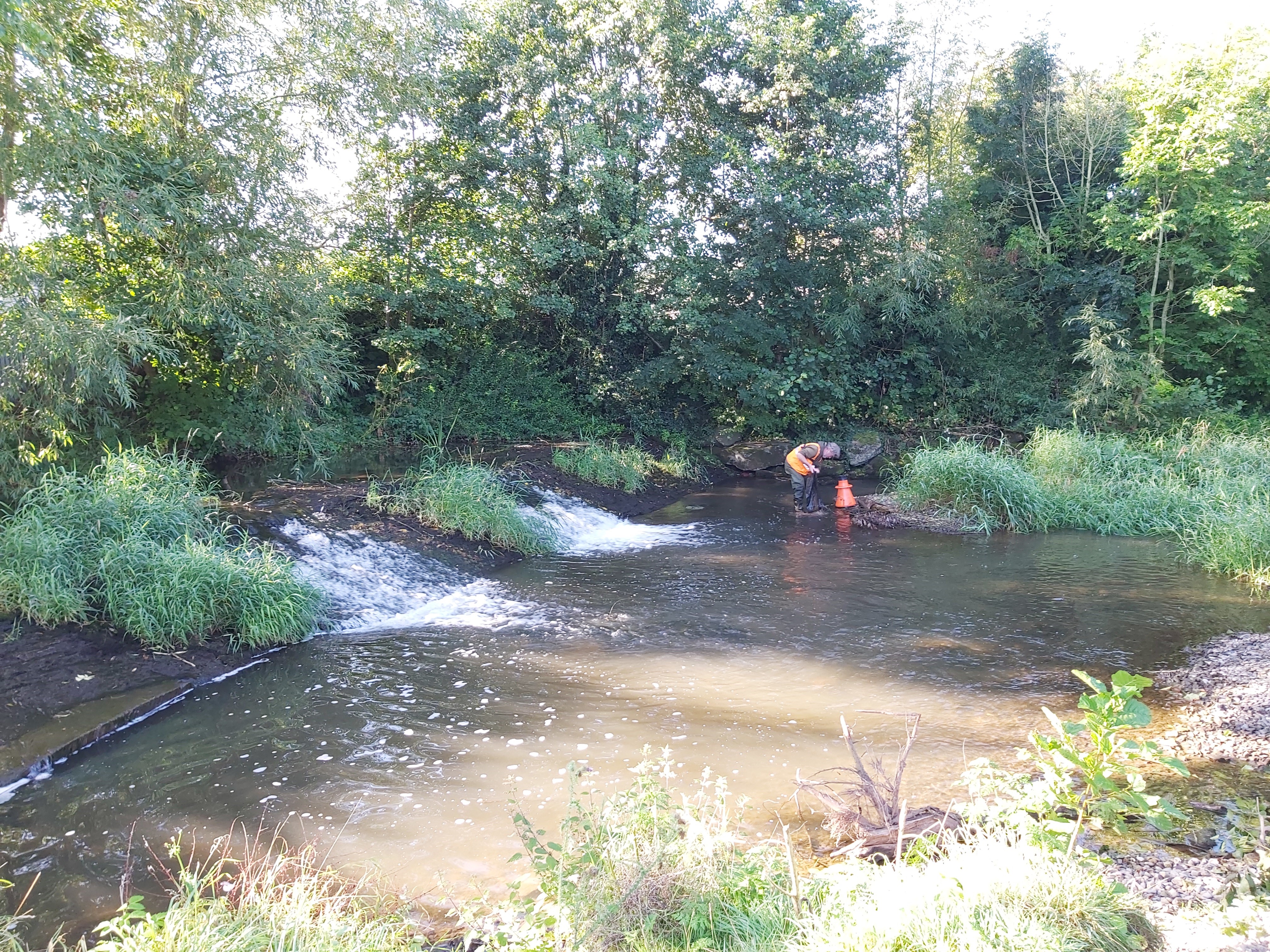 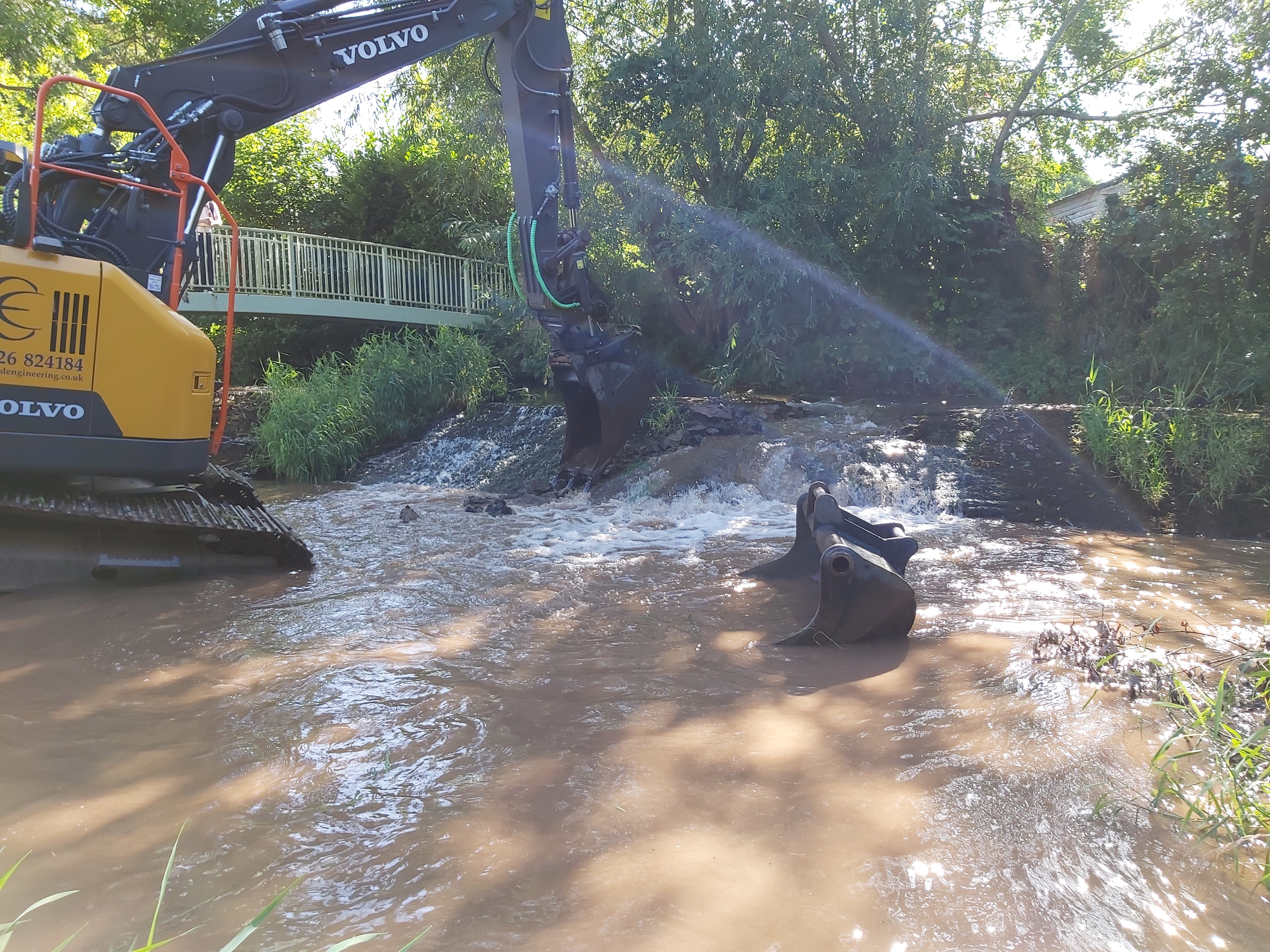 Removal of the weir.

This site is important for fish passage as it is just 300m upstream of the confluence with the River Teme Site of Special Scientific Interest and therefore an important tributary for spawning fish (salmon, eels, stone loach and many other species were found during the works) and by removing this structure approximately 50km of the River Corve are now open to migratory fish. This is part of a wider programme of works by the Severn Rivers Trust and our partners across the River Teme catchment to open the entire length of the main river and major tributaries. Over the past 10 years more than 20 major barriers to migration have been removed or had access improvements made, including the majority of those downstream of The Linney. Within the next five years the Trust plans to remove all other barriers on the main Teme and this tributary being open to fish is a major win for the area. 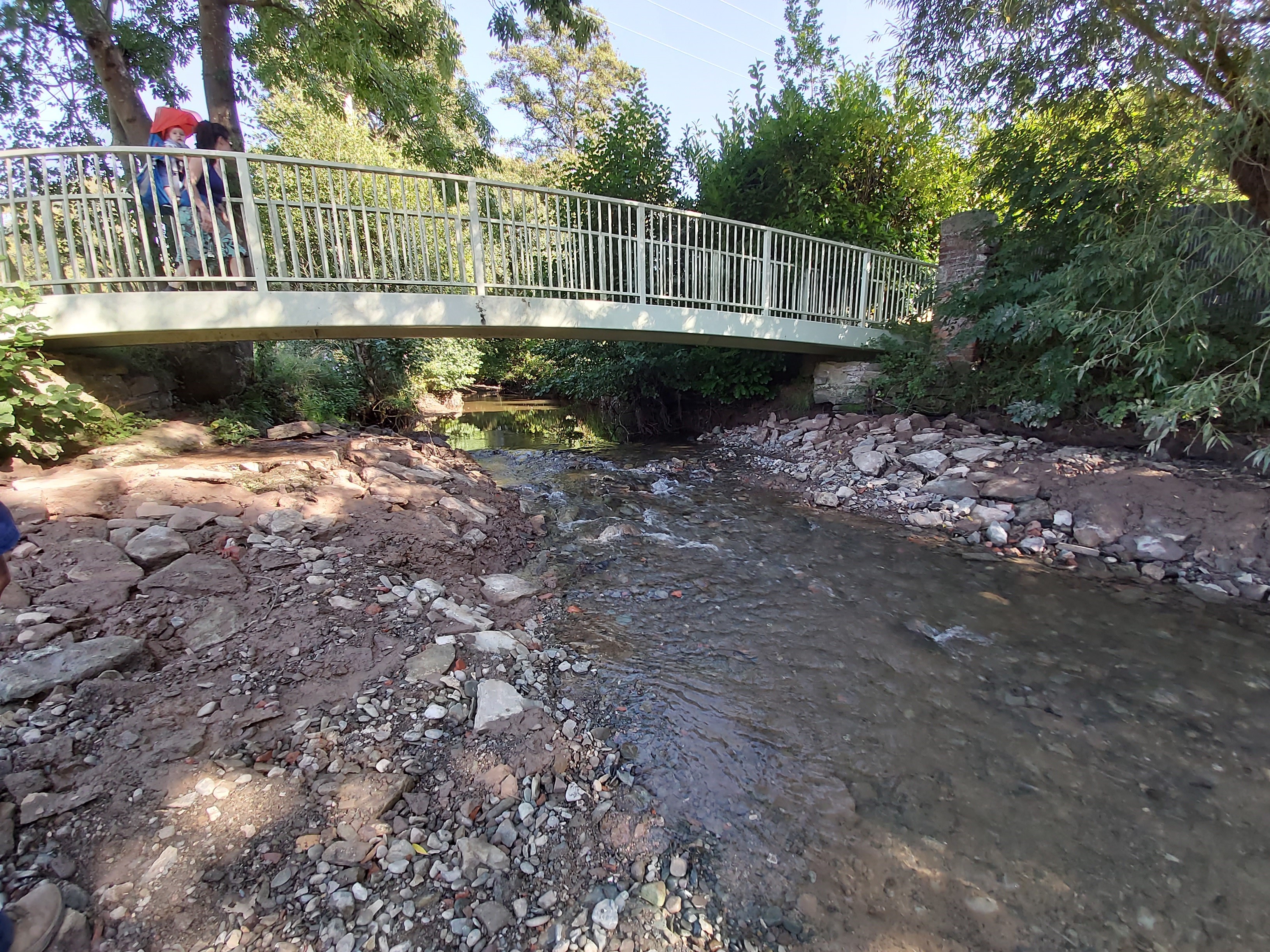 Thank you Severn Rivers Trust for the information and images and for the dedication to let rivers flow. 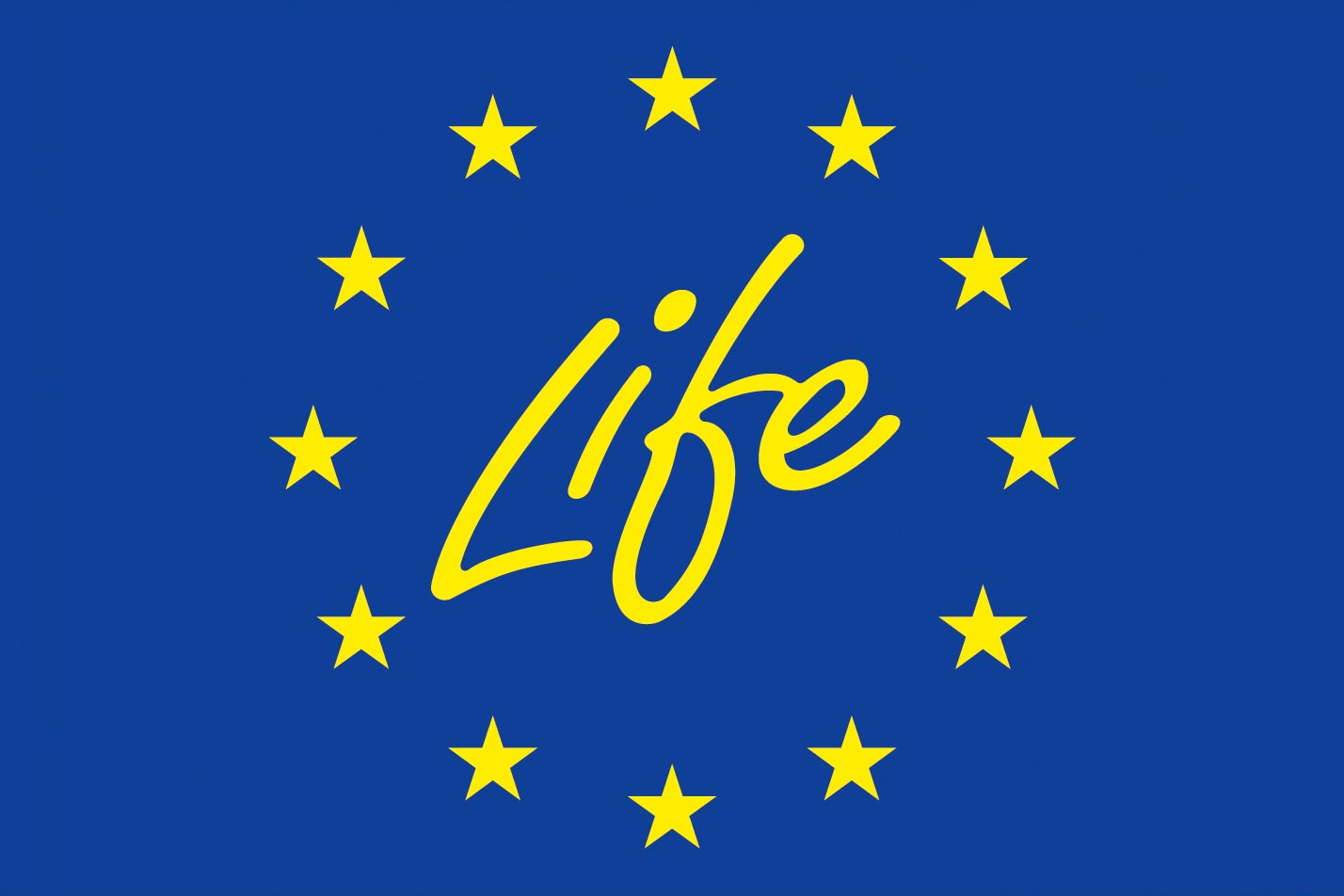